Pharrell Williams says Jay-Z is ''secretive'' about his music, and never likes to let on too much about what his albums will be like before they are released. 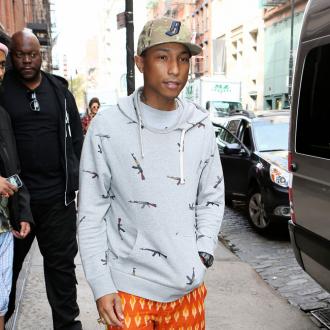 Pharrell Williams says Jay-Z is ''secretive'' about his music.

The 'Blurred Lines' hitmaker dispelled rumours the rapper is a member of the Illuminati - a secretive group whom conspiracy theorists believe have power and influence over significant goings on in the western world - insisting he just keeps his affairs private.

He told German Newspaper Bild: ''Everyone makes these jokes that Jay-Z is a member of the Illuminati. That's not true! He's just a very secretive person.''

The producer has been confirmed as a guest star - alongside Justin Timberlake, Beyonce, Swizz Beatz, Timbaland and Nas - on the track 'BBC' from Jay-Z's latest album 'Magna Carta Holy Grail', but remained tight lipped as to what it will sound like.

He said: ''We can't say much about it, because [Jay] doesn't like to reveal too much too soon. Otherwise the following happens: I say something, you interpret it in your own way and it builds up false expectation.

''That's why he likes the music to speak for itself. All I can say is: the picture gives a clue to what will happen. There was big demand for it.''

Pharrell - who has produced hits for a sting of artists including Britney Spears, ODB, and Robin Thicke - was slightly star struck on his recent visit to Germany as he revealed: ''I don't know if it was a coincidence or fate, but yesterday I met Florian [Schneider] from [German electronic music band] Kraftwerk. That was amazing!''