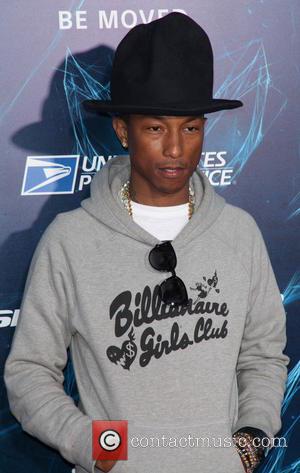 Superstars Pharrell Williams and Beyonce have landed top honours at the 2014 Webby Awards.

Oscar-nominated producer/singer Williams earned the title Best Use of Interactive Video for his 24 Hours of Happy promo, while Beyonce's website landed her the People's Voice award in the Celebrity/Fan category.

Hip-hop group De La Soul claimed the Webby Artist of the Year honour, and Arcade Fire scored the Best Music (Film and Video) prize for their Just a Reflektor promo.

The winners of the 18th annual Webby Awards, organised by bosses at the International Academy of Digital Arts and Sciences, will be presented with their prizes at a ceremony in New York on 19 May (14).

The honours are handed out annually to reward Internet pioneers and those who make the best use of the web.