Pharrell Williams finally ties the knot with his long-time girlfriend and mother to their son, Helen Lasichanh. 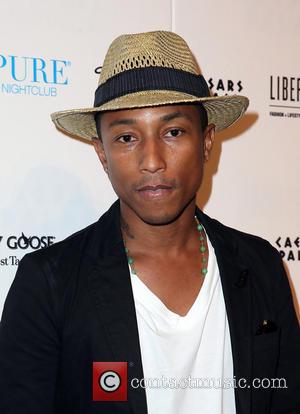 According to Us Weekly, the ceremony took place in Miami, Florida.

The occasion was a star-studded event as it saw performances from rapper Busta Rhymes and R&B singer Usher.

A source told the magazine, "Usher and Busta Rhymes did a mini concert at the wedding," adding, "It was so fun. The little concert was amazing. It [was] the most fun wedding I've ever been to."

Williams and Lasichanh were spotted on a yacht called 'Never Say Never' with a group of friends and family, for portrait shots with celebrity photographer Terry Richardson, reported Rap-Up.

The duo have been dating for five years and got engaged in July 2012, they are parents to a 4 year-old son called Rocket.

The Neptunes producer has already had a very successful 2013, he was the main vocalist to the Daft Punk song 'Get Lucky', he also appeared in the summer hit and highly controversial track 'Blurred Lines' that features Robin Thicke and rapper T.I.

Reports were circulating that the couple married in France back in August, keeping their ceremony a secret but now, it is official!

Pharrell spoke to the 'Today Show' host Savannah Guthrie in August about his 4 year-old son, "[He's the] best song that I've ever co-written." He also spoke about his relationship with Helen, "I can't tell anyone what to do. I can't give anyone relationship advice. But the bestie thing is awesome. Every night is like a sleepover."

Congrats to the newlyweds!