Among the 40 year-old's many career achievements, he can now add creating his own fragrance to the long list. 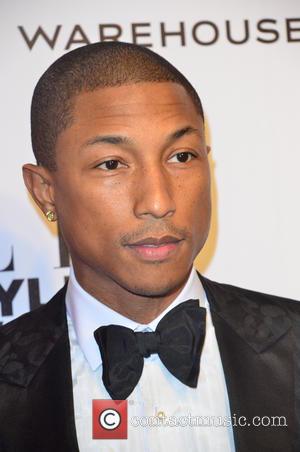 Pharrell Williams is known as one of the most diverse musical talents in the industry today.

The 40 year-old is a well-established producer, rapper, singer-songwriter and musician, he has even founded his own clothing brand 'Billionaires Boys Club'.

Pharrell is now set to make a new fragrance for men and women called 'Girl', after his latest studio album, with the help of Japanese fashion label Comme des Garçons.

"I am so honored to be working with Comme des Garçons and cherish the education that I've experienced in this collaboration," he continued.

The 'Get Lucky' singer is having a career year as he just recently won his 7th Grammy and earned an Oscar nomination for his hit song 'Happy, which featured as the soundtrack to the animation film 'Despicable Me 2.'

Partnering with Comme des Garçons is notable because it marks the first time Rei Kawakubo, the head of the fashion house, has chosen to work with a music star on a new scent.

"This is the first time we have created a fragrance for a musician and I can think of no greater talent and no greater gentleman to have done this with," said Adrian Joffe, CEO of Comme des Garcons Parfum SA.

"It has been an honor to work with such a creative artist with a great vision which for Comme des Garcons is the most important thing."

The forthcoming 'Girl' fragrance is slated to hit stores in September 2014. Pharrell will work with the Japanese fashion label on a new scent, due out September