Singer/producer Pharrell Williams Demands Gig Organisers Place A Framed Picture Of His Favourite Astronomer Backstage At All His Shows. 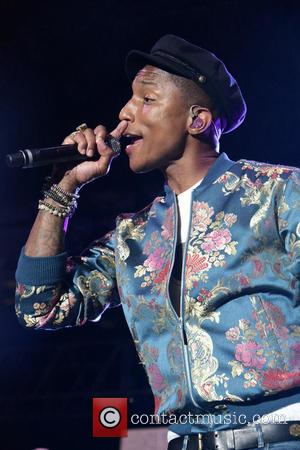 The Happy hitmaker's bizarre request for an image of late scientist Carl Sagan is mentioned twice in his tour rider, obtained by Thesmokinggun.com.

In the document, Williams, who has publicly declared his admiration for Sagan, also asks for bottles of vodka, tequila and beer, as well as a toothbrush, two different types of honey, and gluten-free bread.

He also declares that he will only eat beef which has been "grass-fed" and asks for a security guard posted outside the venue who is "well-rested, sober and easily-identified... who is less concerned with texting or twittering (sic) than keeping fans/stalkers from infiltrating the venue."