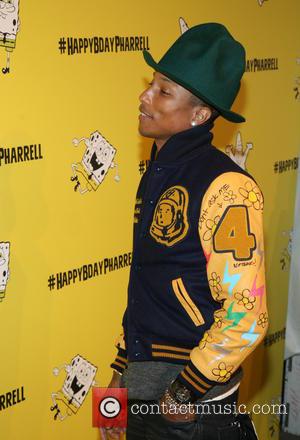 Hip-hop superstar Pharrell Williams struggled through his set at the Coachella music festival on Saturday night (12Apr14) as the California desert winds caused sand to irritate his throat.

The Happy hitmaker was joined by a slew of celebrity friends throughout his show, including Snoop Dogg, Nelly, Busta Rhymes and Sean 'Diddy' Combs and Gwen Stefani, but before introducing the No Doubt frontwoman onstage, he admitted his famous falsetto vocals were suffering as a result of the "stupid f**king wind" kicking up dust in the Empire Polo Club grounds.

The perfectionist also complained about an apparent technical issue which had forced him to scrap plans for an elaborate stage backdrop.

Addressing the audience, he said, "You don't even understand how hurt my feelings are right now, that I'm losing my voice because of all this dust, 'cause we really had something special planned for you.

"We had the craziest backdrop that had to be brought down and shelved, so you're not able to really see it."