Pharrell Williams has revealed that he initially ''dreamed'' of becoming a soul singer but later realised he could write and produce songs as well. 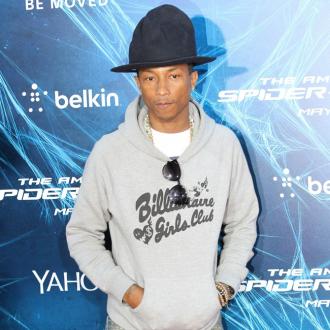 Pharrell Williams wanted to be a soul singer.

The 'Happy' hitmaker - who is known for his collaborations with the likes of Ed Sheeran and Robin Thicke - has revealed that when he was younger, his ''dream'' was to perform soul music.

He told The Observer newspaper: ''[Soul] was the dream back then. But then I started writing songs, and producing them, and realised I could love that just as much.

''When I was growing up, doing something like this never seemed like a possibility. It wasn't on my wish list. I just figured I'd study my ass off and try to be some kind of art professor.''

The 41-year-old singer puts his successful collaborations down to the fact that he lets the other artist do what they prefer.

He added: ''I say to the artist, whether it be Beyoncé or Usher, what do you want to do?

He said: ''I was pretending to be the masterful Curtis Mayfield.