Pharrell Williams Added To 'The Voice' As Coach For Season 7

The 40 year-old music mogul will be replacing Cee-Lo Green on the NBC hit talent show. 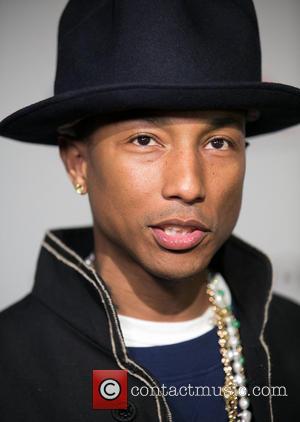 Pharrell Williams will now be using his talents to spot the next music star.

The music mogul is set to join the singing talent show 'The Voice' as a coach for season 7.

These included images of the 'Happy' singer's skateboard, his custom designed Adidas and his rather large hat, which garnered attention at this year's Grammy Awards.

"We promise our #NewVoiceCoach is out of this world," the network hinted.

Later adding, "HINT #4: We'll tell you what, the #NewVoiceCoach is definitely not sad."

This was followed by, "We have a feeling some of you have guessed it by now."

The Twitter handle finally posted, "Okay, we can OFFICIALLY say it! WE ARE SO #HAPPY to announce PHARRELL WILLIAMS = #NewVoiceCoach for SEASON 7," along with a photo of him smiling.

The Grammy-Winning artist retweeted the show's announcement and wrote, "This is going to be so fun."

The departed Green confirmed that he left 'The Voice' back in January while appearing on 'The Ellen DeGeneres Show'.

"I'm going to continue my relationship with NBC," Green tells Ellen. "I have a television show development deal with them as well and hopefully some other talk show opportunities for later in the year. But yeah, I'm going to miss 'The Voice' too. So I'm not coming back guys."

Season 6 of 'The Voice' began late last month on February 24th, and features original coaches Adam Levine and Blake Shelton, and also sees the return of Usher and Shakira to the spinning chairs.

It was also announced earlier this month that Coldplay's frontman Chris Martin will appear on 'The Voice' as a guest mentor for the second round of battles, providing aid to all of the show's contenders.

Chris Martin and Pharrell Williams are on the same show!