Pharrell William's has finally reached the top spot on the UK album charts as a solo artist. 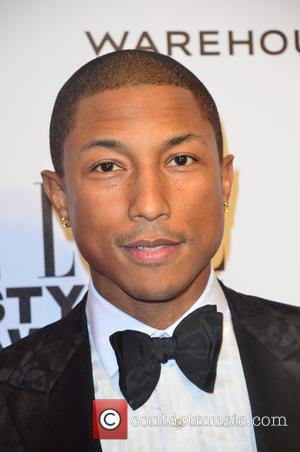 The music mogul has now earned his first UK No.1 on the album charts with his second solo studio set, G I R L.

As well as reaching the UK's top spot, G I R L also became the fastest-selling album of the year, shifting 70,000 copies in this last week, The Official Charts Company reports.

The previous fastest-selling album was Bruce Springsteen's 'High Hopes' which sold over 48,000 copies back in its first week of sale in January.

This achievement by the 40 year-old comes only 7 days after his hit single 'Happy', which is also the soundtrack for 'Despicable Me 2', surpassed selling 1 million copies, giving Pharrell his third UK million-selling single in this past year.

Avicii still maintains a strong top ten position as his latest studio set 'True' falls into 4th position and the Yorkshire lads, Arctic Monkeys, round off the top 5 with their sixth album 'AM.'

Beyoncé's self-titled surprise album is still holding a strong spot at No.6 and Katy Perry's 'Prism' finds its way back into the top ten, as she follows in 7th place.

At No.8 is non-mover London Grammer and their debut album 'If You Wait', which is just in front of Imagine Dragon's 'Night Visions'. Falling three places this week is Disclosure's debut album 'Seattle' which rounds off the top ten.