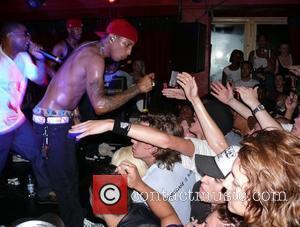 N.E.R.D. star Pharrell Williams is planning on spending hundreds of thousands of dollars on a new treatment to remove his many tattoos.
The rapper-turned-producer is sick of the body art he has on his arms and has signed up to a undergo a new method of erasing them - which involves scientists growing skin grafts in a lab.
Williams insists he doesn't care how expensive and painful the procedure will be - as long as it gets rid of the tattoos.
He says, "It's going to be pricey, but f**k it, it's worth it. I got fire on my arms! I'm a grown man!
"There's an institute called the Wake Forest Institute in North Carolina for Regenerative Skin Treatment. It's basically like getting a skin graft, but you're not taking skin from your ass or your legs. These guys actually grow the skin for you.
"First you have to give them a sample of your skin, which they then replicate. Once that's been done, they sew it on - and it's seamless."
But Williams is already plotting replacement tattoos.
He adds, "When it has healed you can go get whatever tattoo you want."