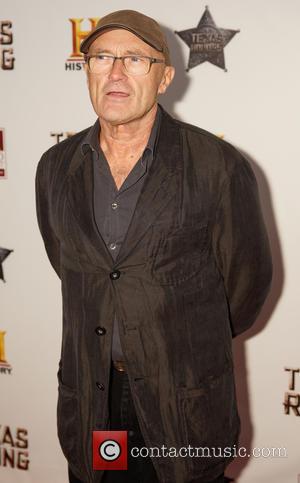 The former Genesis star admits he is irrationally irritated by the Dumb and Dumber actor and can not bear to watch him onscreen because Jim's full-on personality infuriates him.

Phil told British magazine Event, "Jim Carrey I'm not keen on. I can't watch his films because he's always 'on'. I saw him on the Ruby Wax show - his interview was over and yet he kept coming back on screen, being annoying. Someone with that much arrogance I can't handle."

The musician's remarks came after he was asked who he dislikes most in the world, and he also risked upsetting record company bosses by tearing into an industry accountant.

He added, "I met our American record company accountant last night and I hated him. You know when someone just doesn't get it? But I shouldn't say that."