Phil Collins Going Back To His Youth

Phil Collins DUSTY SPRINGFIELD Motown The Sounds The Who

Phil Collins has recorded an album of Motown covers in tribute to his teenage heroes. 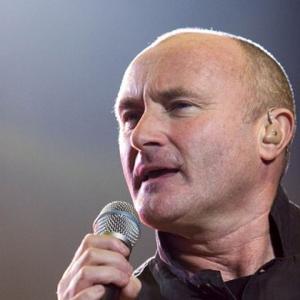 Phil Collins has recorded an album of Motown covers.

The legendary singer and drummer is to release the album of his covers entitled 'Going Back', which draws from the records which influenced him as a teenager.

Phil said: "It shouldn't really be a surprise to anyone that I've finally made an album of my favourite Motown songs. These songs, along with a couple of DUSTY SPRINGFIELD tracks, a Phil Spector/Ronettes tune, and one by the Impressions, make up the tapestry, the backdrop, of my teenage years.

"I remember it as if it was yesterday, going to the Marquee Club in London's Soho and watching The Who, The Action, and many others, playing these songs. In turn I'd go out the next day to buy the original versions.

Phil won't be re-recording the songs in a modern style however - instead trying to recapture the essence which made them what they were in the first place, to the point where he felt the rushes of teenage wonderment come back to him.

He added: "My idea was not to bring anything new to these already great records, but to try to recreate The Sounds and feelings that I had when I first heard them.

"There was one moment when they were tracking Martha Reeves song 'Heat Wave' that I experienced a wave of happiness and wonder that this was actually happening to me."

Phil will play four shows at New York's Roseland Ballroom to promote the album, from June 22 to June 25.