'['In the Air Tonight' has] got a life of its own. That will outlive me I think, that song', Phil Collins mused in an interview with Jimmy Fallon ahead of the performance. Jimmy did his best vocal impression of the drum sound as Phil joked, 'By the time the end of the program comes, you'll be good at this.'

'It's not me I'm worried about', Jimmy laughed, as Questlove looked on shaking his head at him in disgust. 'You don't understand, he really has been stressing about this for like months.'

Phil Collins released his third compilation album, 'The Singles', on October 14th, reaching number two on the UK charts. It dropped in conjunction with his autobiography 'Not Dead Yet'.

He also has a series of live shows coming up for his Not Dead Yet tour, including five sold-out performances at the Royal Albert Hall in London in June 2017, another five sold-out gigs at the Lanxess Arena in Cologne, and five shows at the Accor Hotels Arena in Paris, two of which are sold-out. 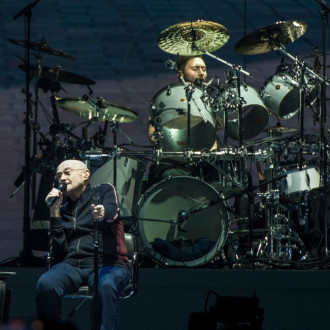