To play Bruce Lee in the biopic Birth of the Dragon, director George Nolfi (The Adjustment Bureau) cast 39-year-old Philip Ng, who was born in Hong Kong and raised in Chicago.

After working as an actor, martial artist and action choreographer across a wide range of movies, this is Philip Ng's breakout role. Set in 1960s San Francisco, the film follows a young Bruce Lee as he struggles to make a name for himself as both an actor and martial arts master. Then the Shaolin monk and kung fu master Wong Jack Man (played by Xia Yu) arrives to challenge him in what became a legendary showdown. When the trailer landed, Bruce Lee fans were outraged that it only shows Lee fighting a white man, Steve McKee (played by Billy Magnussen), rather than Wong Jack Man. But Ng leapt to the film's defence, explaining that it has a proper ethnic mix. "People should judge a product by its entirety and not merely on the misinformed opinions of others," he wrote. "Since Bruce Lee (in the film and in real life) advocated that his student be whoever wants to learn, regardless of race or gender, I find it fitting that a Caucasian character was added to the mix."

Continue reading: Philip Ng Prepared For His Whole Life For Birth Of The Dragon

Bruce Lee is an undying legend in both the film industry and the martial arts world. He is responsible for bringing Chinese martial arts and, indeed, films of the same theme to widespread Western popularity and is widely thought to be one of the greatest artists of all time. Born in both the year and the hour of the Dragon, his destiny was settled then and there in 1940. Born in San Francisco but raised in Hong Kong, Bruce spent much of his years learning to be a great fighter. Eventually, he moved back to America and opened a school to teach Westerners this ancient Chinese art, but not all his peers were happy about that. Allegedly, kung fu master Wong Jack Man wanted him to close his school down, and so Bruce challenged him to a fight in 1965 citing that if he won, he would be allowed to keep the school open - while if he lost, he'd honour the result and walk away from teaching.

Continue: Birth Of The Dragon Trailer 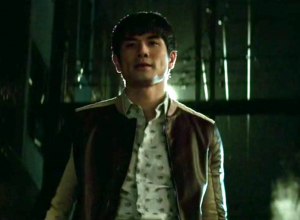 Bruce Lee is an undying legend in both the film industry and the martial arts...