Philip Seymour Hoffman has accepted the role of Plutarch Heavensbee in 'Catching Fire', the sequel to 'The Hunger Games'. 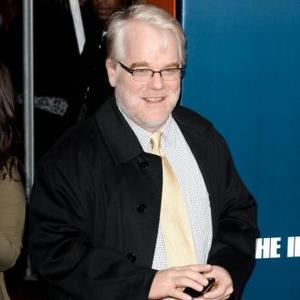 Philip Seymour Hoffman has signed up to appear in 'The Hunger Games: Catching Fire'.

The 'Capote' star was offered the role of Plutarch Heavensbee in the 'Hunger Games' sequel last month and has now officially accepted the part.

Plutarch is the newly-appointed Head Gamemaker for the 75th Hunger Games, which sees current winners Katniss Everdeen (Jennifer Lawrence) and Peeta Mellark (Josh Hutcherson) take part in a special anniversary of the gruelling challenge as they compete against former winners from various districts - as opposed to new tributes - in a fight to the death.

Jena Malone is also a newcomer to the franchise - which is based on Suzanne Collins' best-selling trilogy - to play Johanna Mason.

Francis Lawrence is taking over as director from Gary Ross and will work from a script penned by Simon Beaufoy and Michael Arndt.

Philip was last seen appearing in 'Moneyball' and recently finished working on 'The Master'. His next project is Anton Corbijn's 'A Most Wanted Man'.