Collection of Ringo Starr and Barbara Bach's posessions up for auction

Julien's Auctions, the world's premier entertainment auction house, is proud to announce the December 4th and 5th auction of Property from The Collection of Ringo Starr and Barbara Bach. The once-in-a-lifetime collection curated by Ringo and Barbara, features items from their London estate, Beverly Hills and Monaco residences. The couple, who met in 1980 on the movie set of Caveman, when Ringo first met the beautiful actress and former Bond girl Barbara, married in 1981 and have enjoyed an enduring love since. Comprised of musical instruments including drums and guitars, career memorabilia from the Beatles era and Ringo's solo career including his All-Starr Band, fine antiques, custom-made eclectic furnishings, fine art and personal items, this auction will be a unique and historic event. The auction of The Property From The Collection of Ringo Starr and Barbara Bach includes the most important drum kit to ever hit the auction block. Among the seven of Starr's personal drum kits in the auction is the iconic musician's first 1963 Ludwig Oyster Black Pearl three-piece drum kit. The kit was used by Starr in more than 200 performances between May of 1963 and February of 1964 and used to record some of The Beatles biggest hits including: "Can't Buy Me Love," "She Loves You," "All My Loving," "I Want to Hold Your Hand," "Money," and "I Wanna Be Your Man," and many others. Paul McCartney also used the Oyster Black Pearl kit on his first solo album, McCartney. This specific drum kit has not been seen in public for more than 50 years (Est. $300,000 - $500,000). "I am not sure I can find the right words to describe how remarkable this auction is," said Darren Julien, Founder & CEO of Julien's Auctions. "To be able to say you are representing such music royalty as that of Ringo Starr and Barbara Bach is not only an honor but one of the greatest privileges of my life and professional career." The auction includes over 800 items whic at Beverly Hills - Los Angeles, California, United States - Monday 14th September 2015 (1 Picture) 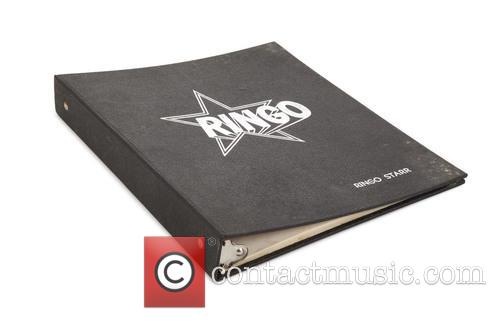