Reports Suggesting Pierce Brosnan Attempted To Board A Flight From Vermont With A 10-Inch Hunting Knife In His Carry-on Luggage Were Greatly Overblown, According To The Actor, Who Insists The Item That Caused The Drama Was A Small Blade He Uses To Sharpen His Pencils. 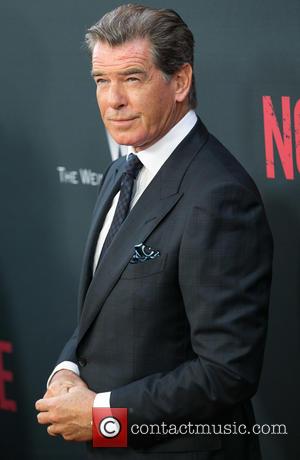 Explaining all about the customs controversy on the red carpet at the Los Angeles premiere of his new film No Escape on Monday (17Aug15), the former James Bond made it clear that he wasn't trying to smuggle a killer weapon on a plane back to Los Angeles.

The movie star tells news show Extra, "I'm a painter. I'm an artist, so I had my pencils. The knife just went into the bag - you want to keep your pencils sharpened."

Reports suggest Brosnan was briefly detained by airport officials in Vermont on 2 August (15) as he headed out of the Burlington International Airport.

An official gave Brosnan the option to either surrender the knife or pack it in his checked baggage, and he opted for the latter. The actor was not arrested or cited for the oversight.