Irish Actor Pierce Brosnan Is Backing A Campaign Aiming To Raise Millions To Save The Theatre Where He Learned His Craft. 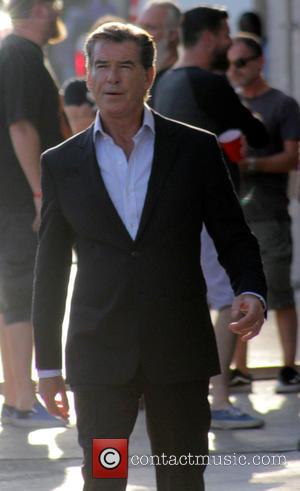 The former James Bond star credits London's Ovalhouse Theatre with inspiring him to quit his job and take up acting. He joined the company in the early 1970s and honed his abilities after making his stage debut in a production of The Little Prince.

Theatre bosses are hoping to revitalise the company by moving to a new venue in Brixton, south London, in 2017, but they need to raise millions in funding.

Pierce has now come onboard to back the campaign, urging theatre fans to help secure the future of his beloved company.

"It's where it all started for me as an actor," he recalls. "I'd started work as an commercial artist at a small advertising agency and... a guy in the photographic department... said 'You should go to the Ovalhouse'.

"I'd never heard of it but it changed my life. I saw my first theatrical performance... and appeared in my debut production... We did a lot of street theatre and went to the Edinburgh Festival and over to Amsterdam and you go on stage and get a reaction and realise you want to get it again and again."

He adds of his decision to support the drive: "I thought if I could do something to help and inspire someone even in a small way like I was inspired I would be glad to."

Director of Ovalhouse Deborah Bestwick adds, "We can't allow our old, much loved building to hold us back - so the history will inform our future. The new building has been designed to liberate contemporary artists to experiment and tell the stories of today. The level of accessibility will enable us to honour our policy of inclusivity, and a new street front location in a fantastic community feels like our natural new home."