Piers Morgan and Jeremy Clarkson To Fight In Ring After Twitter Spat?

Jeremy Clarkson versus Piers Morgan. The gloves are off. 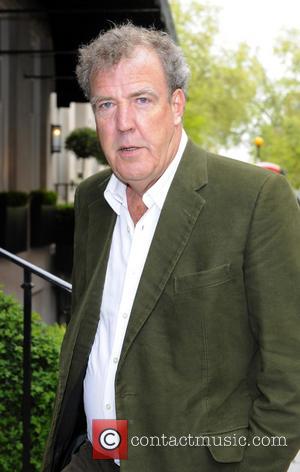 Piers Morgan and Jeremy Clarkson - probably two of Britain's most polarising television personalities - have engaged in yet another Twitter spat. Of course by polarising we mean hated and by Twitter spat we mean THE MOTHER OF ALL TWITTER SPATS.

In a recent column for the Dail Mail, Morgan described the moment Top Gear presenter Clarkson interrupted a conversation he was having with Justin Timberlake, Samuel L Jackson and Pharell Williams at the GQ Men of the Year awards. It went like this:

'Evening, Morgan,' he replied, slightly chastened, as Justin, Samuel and Pharell wondered who this rude, pot-bellied oaf was. I made an eye movement suggesting he move on before my A-list friends had their bodyguards remove him. He did."

Now, for a start, there's no way Timberlake, Jackson of Williams actually like Piers Morgan let alone consider him a friend. But anyway, Clarkson somewhat belatedly caught wind of the column and went after Morgan on Twitter.

"What a monumental tw*t this man is. I cannot wait for the day he goes to prison," said Clarkson, posting a picture of Morgan.

"You had your chance @JeremyClarkson - unfortunately you punch like a muscle-depleted chihuahua.  So pipe down, you gnarled old fool" came the reply, referencing the British Press Awards in 2004 at which Clarkson punched Morgan in the face.

"Americans. Don't trust Piers Morgan. He knows how to hack your phone and will f*ck up your army for a buck," said Clarkson.

"And why are you issuing advice to Americans @JeremyClarkson ? They've never heard of you," came a partially witty response.

"Last time I saw Piers Morgan, he was at a party listening to Samuel L Jackson and Justin Timberlake  I was there with my friends," said Clarkson.

"Mate, @JeremyClarkson - it's not my fault @jtimberlake @Pharrell & @SamuelLJackson hadn't a clue who you were! Try being more successful," came an odiously poor reply from Morgan.

"Piers. Let's finish it with this. Your show attracts a global audience less than Cash in the Attic. That's why you're going to be sacked," said Clarkson.

"Cash in the Attic gets 500m viewers?" asked Morgan.

The dispute prompted boxing promoter Eddie Hearn to suggest both men should get in the ring for charity.