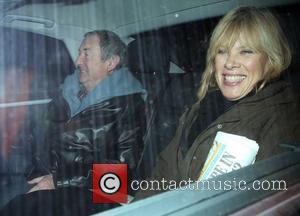 A rare Pink Floyd reunion show has been scrapped after the bandmates learned British socialite Jemima Khan was hosting the gig.
Roger Waters, David Gilmour and Nick Mason were all set to come together for the charity show until they discovered where it was to be held.
Mason tells British newspaper The Independent, "That particular event wasn't right for a reformation of Pink Floyd. I said I would do it, but it was a charity event for suits, and it felt wrong to turn a small thing into a big deal just because Jemima Khan was in attendance.
"Why play for a lot of posh totty (women) instead of some of the other things we should save that up for."
It would have been the group's first reunion in five years.
Reunion rumours have been rife since Waters and Gilmour put aside their longtime feud to perform together at an exclusive charity event in England in July (10).