New Album Proves That Artist Is Still Pink From The Block 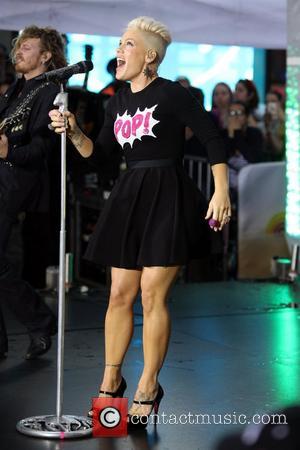 Much like when Jennifer Lopez tried to convince us all that she remained just “Jenny from the block”, Pink is insisting that despite the wealth and fame brought on by five albums that have gone at least platinum in the USA, she’s still just a regular person who gets angry at the same things that the common man does.

"I'm very much in the trenches, and I don't live in the lap of luxury. I come from a working-class military family. We watch the news and read the paper and vote, so there's always something to be upset about. I always have a certain amount of angst in my back pocket” said Pink to USA Today. Only one of the pop star’s five albums has failed to top one million sales in America, with 2001’s Missundaztood still her biggest selling at 5.4 million Stateside. Pink’s new album The Truth About Love isn’t what you’d expect from a star now happily married and recent mother to her first child.

Talking about her daughter Willow, Pink said "If she rebels, she'll listen to opera and hate tattoos. If she has talent, I'd be cool with it. This world is way too cruel if you're not talented. That's why I didn't get lost in the sauce.” Continuing, she added "And it's harder if you have a vagina. An ambitious man is admirable and respected. An ambitious woman is difficult and emotional. There's a boys' club, even in music. You have to think before you talk. I can be loud, but I've learned you can have quiet power."