Pink cancelled her 'The Truth About Love' show at Birmingham's LG Arena last night (22.04.13) after being struck with a respiratory infection. 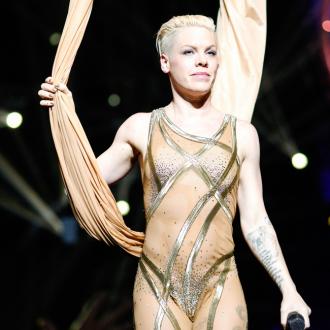 Pink was forced to pull out of a concert last night due to a respiratory infection.

The 'So What' hitmaker was left upset at having to cancel the show - part of her ongoing The Truth About Love world tour - in Birmingham, middle England, after being struck with the illness.

Apologising to her fans in a series of posts on Twitter, Pink - real name Alecia Beth Moore - wrote: ''With deepest regrets I had to cancel my first show of the tour tonight in Birmingham. I have an ear and respiratory infection. I am not a person that takes cancellations lightly and I apologize to anyone who was inconvenienced by my illness.

''Thanks to all my genuine people out there sending love (sic).''

The 33-year-old star also had a statement published on her official website, which read: ''It is with great regret that P!nk has been forced to postpone her concert tonight at Birmingham's LG Arena. After seeking medical advice this afternoon she has been advised that she cannot perform tonight.

''The promoters have asked ticket holders for tonight's show to retain their tickets. Further announcements regarding a replacement date will follow.

''All other UK dates on 'The Truth About Love Tour' will not be affected.''