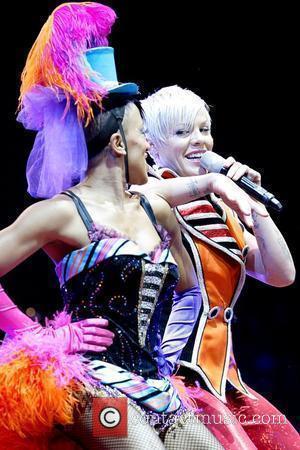 Animal lover Pink is furious American footballer MICHAEL VICK has signed to the Philadelphia Eagles - because she doesn't want the convicted dog fighter playing in her home town.
Vick, who previously played for the Atlanta Falcons, was recently freed from a Kansas prison after serving time on charges of dog fighting.
He was subsequently reinstated to the NFL and the quarterback signed a two-year deal with the Pennsylvania team on Thursday (13Aug09).
But Philadelphia native and animal rights activist Pink is furious about Vick's career comeback and has taken to her Twitter.com blog to air her annoyance.
She writes, "Wow. Michael Vick in MY hometown, Philly. Of all the places. I hope the fans tear him to pieces like his beloved dogs."