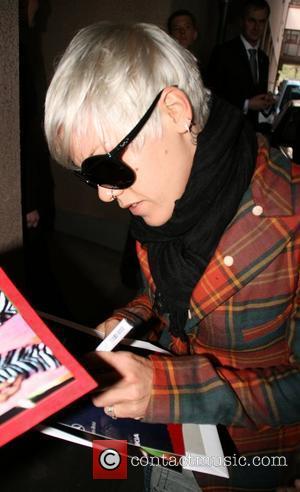 Pop punk Pink suffers from seasickness - and was once so ill she tried to kill herself by jumping off a yacht in the middle of an ocean.
The So What singer hoped the vessel's captain would dock the boat at night - but when he refused, she considered throwing herself overboard.
But as she teetered on deck with a bottle of wine in her hand, she was talked out of a suicide bid by husband Carey Hart.
Pink says, "I once chartered a yacht through the Mediterranean. But in the end I tried to jump off the boat and kill myself because I wasn't getting along with the captain.
"The idea was we'd go to port every night so we wouldn't be rocking like The Perfect Storm, but he had other ideas. We were out in the ocean riding the waves. I got sick and couldn't take it.
"I got my favourite dress in one hand, a bottle of wine in the other hand and I was ready to jump in the ocean and die. Luckily Carey talked me down."