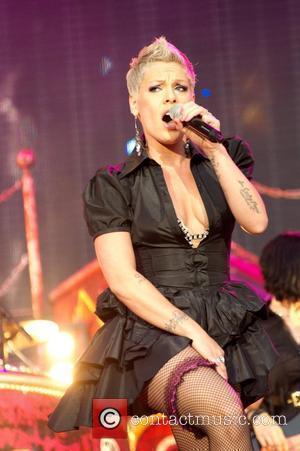 A representative for pop punk Pink has dismissed reports she's in negotiations to star in an upcoming remake of Tank Girl.
Online reports earlier this week (begs28Jun10) suggested the So What hitmaker was in talks with movie bosses to take on the action role in a planned remake of the 1995 film, based on the cult comic book.
But the star's manager has told GossipCop.com he has "never heard anything about it".