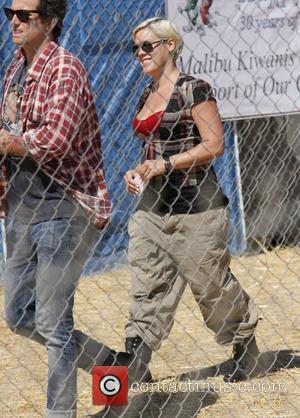 Pop star Pink has landed her first major movie role in Gwyneth Paltrow and Mark Ruffalo's new film about sex addicts.
The new mum will make her debut as free-spirited Dede in Thanks For Sharing, under her birth name Alecia Moore.
The film, which also features Tim Robbins, Patrick Fugit and Joely Richardson, is a dramatic comedy about a group of unlikely friends brought together through their shared determination to recover from sex addiction.
The film will reunite Ruffalo and writer/director Stuart Blumberg, who last collaborated on the Oscar-nominated The Kids Are All Right.
Blumberg says, "Alecia could not be a more ideal fit for this role. She carries with her just the right combination of heart and edginess for the part of Dede, and we’re incredibly excited to share her acting talent with audiences."