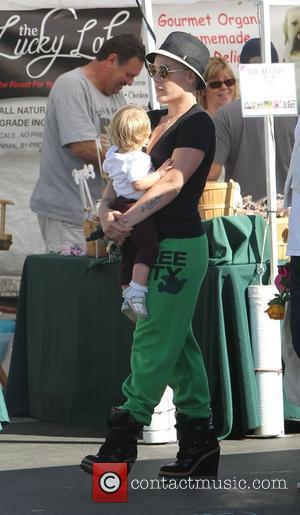 Pop punk Pink has credited her autobiographical song Family Portrait with bringing her closer to her parents after venting her childhood pain about their divorce in the lyrics.

The emotionally raw tune was released as a single in 2002 and Pink admitted at the time that her mother Judith was not happy about having the family's personal struggles made public.

However, the singer, real name Alecia Moore, reveals the fall out didn't last long - and her mum and her dad James have learned to be more open about their feelings with Pink and her older brother when they get together for family events.

During an episode of Tv show Vh1 Storytellers, which aired in America on Tuesday (13Nov12), she explained, "For us as a family, we used to sweep things under the rug and act like things were Ok, and act like I didn't run away and I wasn't on drugs and it was all a dream.

"We opened up communications as a family and now, when we sit at the dinner table, we really ask each other how we are and we really answer and it's beautiful."