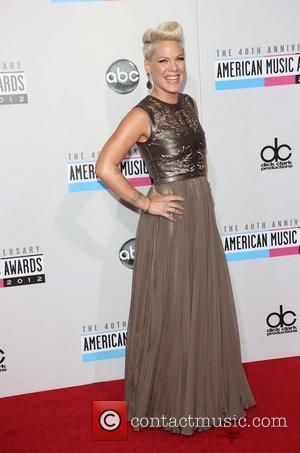 Pop punk Pink's relationship with her collaborator Linda Perry has not been the same since the songwriter began scoring hits with her chart rival Christina Aguilera.

Pink helped to revive the 4 Non Blondes star's flailing career in the early 2000s after recruiting her to pen tracks for her second album, Missundaztood, and Perry quickly turned into one of the music industry's most in-demand songwriters.

But the Trouble singer felt a sense of betrayal when Perry joined forces with Aguilera to write Beautiful in 2002, especially after clashing with The Voice judge during the recording of Lady Marmalade the previous year (01).

Pink says, "I took it really personally when she started working with other artists, particularly artists I didn't like... I don't think imitation is the highest form of flattery, I think it's annoying... We had a falling out and I took it personally."

She turned her back on Perry when it came time to work on her 2003 album, Try This, and instead teamed up with Rancid rocker Tim Armstrong - and their personal and professional relationship has never been fully repaired.

Perry explains, "She kinda left me on my own and I resented her for that. We never have been the same since then."