Pink is to receive the BMI President's Award for Songwriting at the BMI Pop Awards in Los Angeles next month. 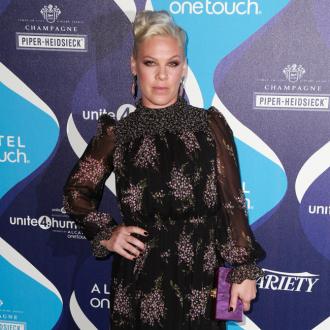 Pink is to receive the BMI President's Award for Songwriting.

The 'Just Give Me A Reason' hitmaker has been named as the recipient of the prestigious accolade, which recognises ''outstanding achievement in songwriting and global impact on pop culture and the entertainment industry''.

Speaking about the musician, Barbara Cane, BMI Vice President, said: ''Pink is an extraordinary songwriter whose mastery of craft and passionate artistry has transformed a generation of Pop and Rock music culture around the world.

''She has captivated music lovers with her unforgettable, emotional and edgy magnificence of song, voice and performance.''

The 35-year-old performer - who has three-year-old daughter Willow Sage Hart with husband Carey Hart - released her debut solo album 'Can't Take Me Home' in 2000, and has since gone on to release five more solo records.

Her most recent album, released last year, was 'rose.ave' which she recorded with City and Colour's Dallas Green under the duo name You+Me.

The award - which has previously been won by Taylor Swift, Willie Nelson, Adam Levine and Pitbull - will be presented to Pink at the 63rd annual BMI Pop Awards, which will take place at the Beverly Wilshire Hotel in Beverly Hills on May 12.