Pink to replace Britney Spears on The X Factor?

'The X Factor' USA could be swapping one pop superstar for another as 'Try' singer Pink is reportedly in line to replace Britney Spears on the show's judging panel. 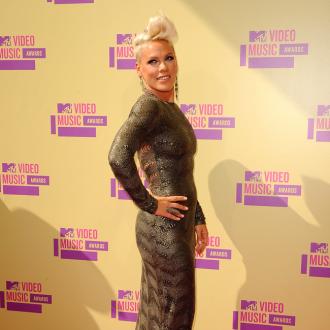 Pink could replace Britney Spears on 'The X Factor' USA.

The 'Try' singer is being considered for a role on the show's judging panel - sitting alongside Simon Cowell - following the departure of the 'Hold It Against Me' hitmaker after just one season last year, reports the Daily Star newspaper.

Joining the panel would be a major U-turn from the 33-year-old singer's previous comments, claiming she'd turned down offers from all of the major reality singing competitions including 'The X Factor', 'American Idol' and 'The Voice'.

The 'So What' hitmaker admitted she would be worried about being hated by viewers for her brutal honesty and feels Simon, 53, is the only reality TV judge who is able to be scathing and get away with it.

She said: ''I was offered 'The Voice' in Australia plus 'American Idol' and 'The X Factor'. I said no because you can't be honest. People will hate you if you're honest. Simon Cowell is the only person who gets away with it because he's got an accent. And he's a man.

''People would just hate me more than they already do. I don't want to hurt anybody's feelings. Besides, you can sing karaoke anywhere.''

As well as Britney, Simon - who acts as executive producer and head judge on the show - is looking for a replacement for music executive L.A. Reid, who also left the series at the end of the second season.

'Skyscraper' singer Demi Lovato is expected to return to the judging panel with Simon, while host Mario Lopez is also rumoured to be returning. Meanwhile, Mario's co-host Khloe Kardashian Odom has reportedly been axed.