Pippa Middleton has befriended Geri Halliwell after they hit it off at a charity boxing event. 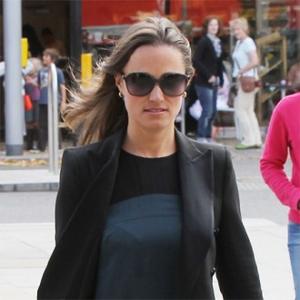 The 28-year-old beauty - the younger sister of Britain's Duchess Catherine of Cambridge - recently attended a charity boxing event with boyfriend Alex Loudon, and got on particularly well with the 39-year-old star.

One onlooker said: "Far from feeling awkward, Pippa and Geri struck up a friendly conversation. They were getting on like a house on fire!"

Geri was attending the party - at the Plaza Westminster Bridge Hotel in London and in support of the Starlight Children's Charity, which grants wishes to terminally ill youngsters - with her ex-boyfriend Henry Beckwith, sparking rumours of a reunion between the pair.

Also in attendance were Princess Beatrice and Princess Eugenie, the daughters of Prince Andrew and Sarah Ferguson.

Starlight co-founder Emma Samms told Britain's Hello! magazine: "Everyone looked absolutely stunning and it was so wonderful to have the support of guests such as Pippa, whose parents' firm Party Pieces has been a long-term supporter of our, and the two gorgeous princesses, Eugenie and Beatrice, who looked as though they were really enjoying the boxing."