Anyone Want To See Pippa Middleton and Boris Johnson Play Table Tennis? Anyone?

Boris Johnson has accepted Pippa Middleton's challenge to a game of "whiff whaff". 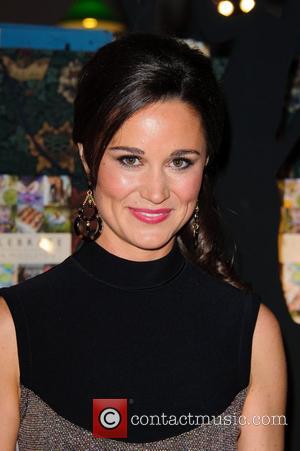 And so it appears to have come to this. Pippa Middleton, a woman famous for being the sister of a Duchess and offering cooking tips to Waitrose customers, has challenged Boris Johnson - somehow one of the foremost politicians in Britain - to a game of table tennis, or "whiff whaff," as she puts it.

Middleton makes the challenge to the Mayor of London in her 'Alpine Notebook' for the new Spectator, saying, "Back home in London after my Alpine challenges, I can now pursue less demanding hobbies in my spare time, such as ping-pong. I'm informed that Boris Johnson, former editor of this magazine, wants to be "whiff-whaff" world king even more than he wants to be Prime Minister." She adds, "I'm also told the Johnsons are almost as competitive as the Middletons. So I'd like to lay down a challenge to the Mayor. My only stipulation is that I can use my favourite Dunlop Blackstorm Nemesis bat, which I used when I played in the Milton Keynes U13 National Championships, don't you know. Bring it on, Boris."

For what it's worth, Boris took to Twitter to accept the challenge, declaring, "I'm game if she is. Happy for Pippa to join me on a visit and see the benefits of our £22m Sports Legacy Fund in action." Johnson is apparently quite the table tennis player and had a table bought for the garden of the Spectator offices after he became editor of the magazine in 1999. Pippa Middleton [L] and Boris Johnson [R] Both Out An About In London, Presumably Where The Game Of Table Tennis Will Take Place