Country girls Pistol Annies led what was probably the most fun social media campaign ever, ahead of the release of their sophomore record.

Country group Pistol Annies are nothing, if not tech savvy. For the release of their album yesterday, the ladies launched a four week long promotional campaign over a host of social networks. The Great Annie adventure took fans on a quest across various platforms - Facebook, Foursquare, Instagram, Path, Pinterest, Tumblr, Twitter and Vine - with the grand prize being tickets to a special secret show.

Finally, on May 7th, the trio’s sophomore album, Annie Up, dropped and the eager supporters of the band were not disappointed – not least of all because the most devoted managed to score some Annie gear and, best of all, concert tickets, before the record was released.

"I don't think any of us have ever had this much fun promoting an album," group member Miranda Lambert told Mashable. "Watching them dissect clues, chat online about where we're taking them next, and race to each location is beyond cool." The adventure started with a comic book, starring the three ladies - Miranda Lambert, Ashley Monroe and Angaleena Presley – and made fans solve clues and earn prizes, leading up to the big one. Far from the classic method of “who can spam the most Twitter feeds”, this is definitely the right way to do social media promotion. And the album isn’t half bad either. If you're not familiar with the trio at all, you might want to give the video for "Hush Hush" off the new album a watch. 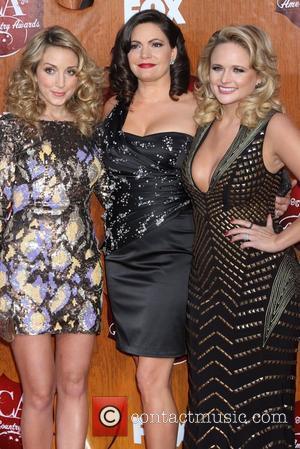