Just in case you thought animation was just for kids...

It's not that Pixar aren't known to make us tear up from time to time, but the latest animated short from their own animators is on another level. 'Borrowed Time' has got to be the most depressing animation we've seen since 'The Fox and the Hound'. Not even an exaggeration. 'Borrowed Time' proves animation doesn't always have to be comic

The story sees a miserable moustacheod Sheriff visiting the edge of a deep ravine in an American outback where a terrible accident took place years before. He has a flashback to his childhood, where he's riding on a coach with his Sheriff father who gifts him with his gold pocketwatch. But soon that scene takes a terrifying and fatal turn when they are pursued by a gunman on horseback. In the present day, the new Sheriff stands on the edge of the ravine ready to jump, before that old pocketwatch stops him making another tragic mistake.

Released through Quorum Films, the 6-minute film has been directed by Pixar animators Andrew Coats and Lou Hamou-Lhadj in their directorial debuts and produced by Amanda Deering Jones, with music by the twice Oscar winning Gustavo Santaolalla ('Brokeback Mountain'). While there is little dialogue in the piece, the voices that are there are provided by Greg Dykstra, Nick Pitera and Steve Purcell.

Coats has previously worked as an animator on the likes of 'Rio', 'Cars 2', 'Brave' and 'Inside Out', while Hamou-Lhadj's previous projects include 'WALL·E', 'Toy Story 3' and 'The Good Dinosaur'. 'Borrowed Time' has already won the Grand Jury Prize for Best Animated Short at the 2016 Nashville Film Festival. 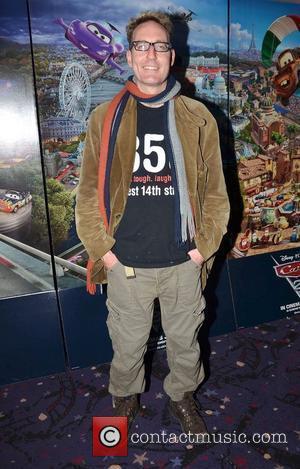