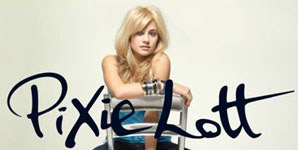 For those who have been hidden under a rock for the past month or so, Victoria 'Pixie' Lott is the 18 year old singing sensation who scored a chart-topper with her debut single, with her vocal style drawing comparisons to Duffy, Amy Winehouse and Joss Stone. Couple the talent with her looks and you have a tabloid favourite, despite her debut album not being released until September.

Tonight's performance may only be on the support slot for The Saturdays, but given her meteoric rise it is a full and enthusiastic crowd who greet Lott onto the stage. The proceeding six song showcase goes to prove that the starlet is more versatile than she is currently getting credit for, with a couple of tracks leaning toward a dance flavour, including the set closer and next release 'Boys And Girls'. She is a strong live vocalist, even when going through choreographed routines, and during an acoustic section that includes a stirring cover of Kings Of Leon's 'Use Somebody' her stunning vocals empower the theatre. It is of course 'Mama Do' which everyone wants to hear, but before going into it Lott engages with the audience confidently to teach them the 'Pixie Clap' moves, before launching into a rousing rendition that has quite clearly become one of the sing-a-longs of the year. Nobody in attendance can be left in doubt that this young lady is clearly talented, now she just needs the right material to avoid the 'build-them-up, knock-them-down' mentality that the press seems to employ all too often.