Pixie Lott likes to treat herself to a curry after she has been doing promotional work. 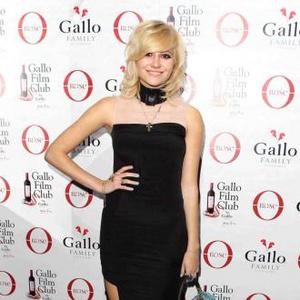 The 'All About Tonight' singer and her boyfriend Oliver Cheshire were attending the Gallo Film Club Launch Party in London last night (01.05.12) and after drinking some Gallo Moscato at the event the loved-up pair made an early exit to trendy East London to pick up a spicy meal.

A source told BANG Showbiz: ''Pixie Lott and Oliver made a reasonably early exit from the Gallo Film Club Launch Party last night at Rose Club. Hunger must have got the better of them, as Pixie was overheard changing the route of her taxi home, to stop off for a curry on Brick Lane, near her East London home.''

Pixie was not the only celebrity at the Gallo event to enjoy some food with her wine - DJ Alice Dellal enjoyed a bag of Haribo sweets with hers.

The source added: ''She turned up nibbling from a bag of Haribo sweets, forgot her headphones and had to borrow Henry Holland's. Her friends also stayed long after she had left the party, stealing a bottles wine from displays as they left!''