Pixie Lott Has Underlined Her Support For Britain's Armed Forces After Attracting Criticism For Smiling During A Service For War Veterans On Saturday (07nov15). 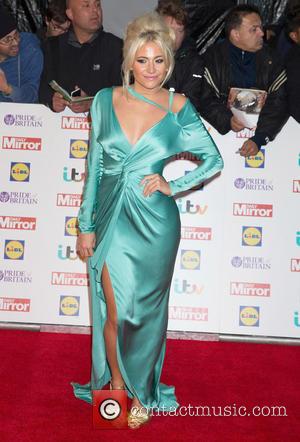 Pixie angered some television viewers when she was shown onscreen grinning as she stood next to rock legend Rod Stewart in the audience at London's Royal Albert Hall during the annual Festival of Remembrance event, which is held to honour the U.K.'s war dead.

The All About Tonight star, who was among the performers at the service, could be seen smiling during the singing of a hymn, and scores of outraged viewers took to Twitter.com to complain.

"Now Pixie Lott isn't singing the hymn. Why are you there? Clearly not an ounce of respect. Disgusting," one angry viewer wrote on the social network.

However, a spokesperson for Pixie has insisted the singer did not mean to disrespect war veterans as she is a great supporter of the armed forces and veterans' charity the Royal British Legion.

"Pixie was incredibly honoured to be asked to perform at The Festival Of Remembrance," the representative tells Britain's Daily Mirror newspaper. "Pixie is hugely supportive of The British Armed Forces and The Royal British Legion, and has the utmost respect for them. Pixie is involved with The Royal British Legion in various ways every year as it means so much to her and her family."

After the ceremony, Pixie tweeted, "#lestweforget so much fun performing at the Festival of Remembrance! Amazing to hang with @rodstewart x"