Pixie Lott insists personality is more important than looks and she goes for guys who are ''gentlemanly''. 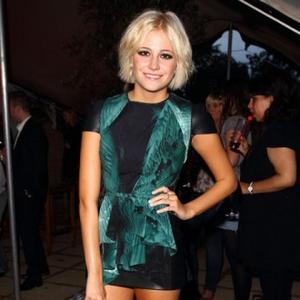 The 20-year-old singer - who is in a relationship with model Oliver Cheshire - insists looks are not as important to her as personality and she particularly dislikes arrogance.

She said: "For me, it's personality all the way. It doesn't matter how good-looking you are, if you're boring and have nothing to say, or arrogant, that would be it. That's the worst.

"I like guys who are gentlemanly, have manners and are funny. That makes anyone better looking."

The 'Kiss the Stars' singer also admitted she wouldn't stand for anyone cheating on her, though she thinks The Lines as to what constitutes infidelity have become "blurred".

She told Cosmopolitan magazine: "I wouldn't stand for being cheated on. I don't think any girl should. The lines are a bit more blurred now, so I don't know how I'd feel if I found flirty texts or emails - I guess it would depend on the situation and what was being said. But actual cheating? No one deserves that."