Our pick of the bunch for March brings us one debut album, one long awaited return and three more riveting selections from three distinctly different artists

The arrival of spring brings with it a plethora of fresh releases from artists both new and old. Marillion are back with their 20th studio album - An Hour Before It's Dark, Stereophonics return with their 12th studio album - Oochya! and Dolly Parton is set to release her 48th, yes 48th, album - Run, Rose, Run. Sonic Youth have a rarities album coming called - In/Out/In and Bryan Adams follows up 2019's Shine A Light with his latest full length record - So Happy It Hurts. Machine Gun Kelly is dropping his sixth studio album - Mainstream Sellout, Sky Ferreira is reportedly going to share Masochism, her long awaited, frequently delayed, second album and Jamaican Reggae sensation Koffee will release her aptly titled debut full length album - Gifted. As good as they are, and some of them are very good, they didn't make our final five favourites. Here's who did... 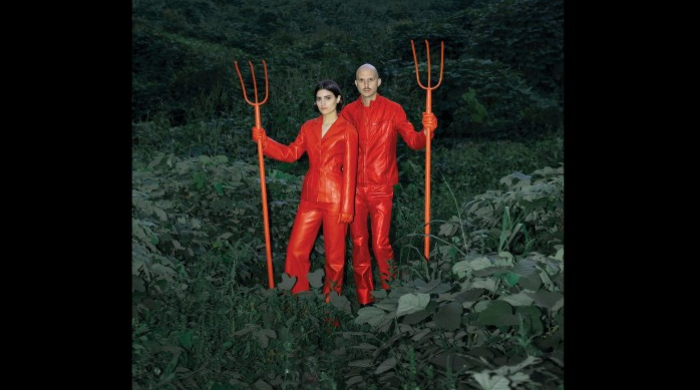 Mattiel are set to release their third full length album - Georgia Gothic, via Heavenly Recordings on 18th March. Recorded originally "in the quiet seclusion of a woodland cabin in the north of the Atlanta", Georgia Gothic is chock full of 60's slanted power-pop. Lead singer Mattiel Brown and guitarist and producer Jonah Swilley have created an album of enthralling and engaging tunes that are laden with hooks and irresistible melodies. Three extraordinarily good singles, Jeff Goldblum, Lighthouse and Blood In The Yolk, have already been shared from the new 11 track album but the remaining eight songs are just as compelling. Final mixing comes courtesy of Grammy award winner John Congleton who has previously worked with Angel Olsen, Erykah Badu and Sleater Kinney.

Boom Clap hit maker Charli XCX follows up 2020's how i'm feeling now as she returns with her fifth studio album - CRASH. Charli's latest album will feature her recent single with Japanese singer-songwriter Rina Sawayama - Beg For You, New Shapes, featuring Christine and the Queens and Caroline Polachek and the lead single from the album - Good Ones. The new 12 track album was written predominantly by Charlotte Aitchison (aka Charli XCX) herself but also has writing credits for producer Justin Raisen, Nicholas Gale (Digital Farm Animals) and experimental electronic artist Daniel Lopatin (OPN). CRASH, Charli's last album for Atlantic, is full of pop bangers and sure fire floor fillers and we love it!

Aldous Harding, undoubtedly one of New Zealand's finest musical exports, makes a very welcome return with her 4th full length studio album - Warm Chris. Harding's follow up to the sublime Designer of 2019 has a lot to live up to but we're supremely confident that the Zoo Eyes and Fixture Picture artist will come good when Warm Chris drops on March 25th. Harding's first new music in three years has been headed up by the fantastically idiosyncratic lead single - Lawn which she released on January 12th this year. The ten tracks that make up Warm Chris were produced by John Parish and contain contributions from Jason Williamson of Sleaford Mods, partner H. Hawkline, Polar Bear drummer Seb Rochford and producer and multi-instrumentalist Gavin Fitzjohn.

Placebo are back on March 25th with their first new album in nearly a decade. Since sharing the lead track - Beautiful James last September fans of the alternative rock band have been getting ever more excited about the return of the Every You Every Me duo. The new synth heavy 13 track album is, according to founding member Brian Molko, "about the pain of the world!’ The silent scream that is everywhere, that’s what interests me. Not this masturbatory, self congratulatory two year thing of, aren't we amazing?" Placebo have kept their fresh momentum going with the second and third singles from the album- Surrounded By Spies and Try Better Next Time, and are set to release the fourth single from their eighth album on March the 4th when they premier Happy Birthday In The Sky.

Kojey Radical, one of the most innovative artists to have come to the fore over recent years, finally releases his debut album - Reason To Smile on March 4th. After releasing a string of EP's and singles over the last six years Kojey is ready to drop his 15 track album. The British Ghanaian rapper said that - "This is the first time I’ve done it to the scale and ambition of what I speak. Previously it’s been ‘I’m warming, I’m warming, I’m warming up.’ But I’m warm now—put me in the game". Radical's debut features a whole host of guest artists including Knucks (Payback), Shakka and Wretch 32 (Beautiful), Kelis and Tiana Major9 (Talkin'), Lex Amor (War Outside) and Shaé Universe (Pressure) among others. Don't be surprised to see Resaon To Smile top out the album charts, it's going to be huge!

Placebo's first album in almost a decade is finished