The band describe the record as the best they've ever done.

Plain White T's have gone independent for the first time in more than a decade, releasing their self-funded seventh album 'American Nights' this year and finally experiencing full satisfaction in their music - because more heart and soul has gone into it than ever before. The creative process for 'American Nights' began several years ago when the 'Hey There Delilah' hitmakers were still signed to Hollywood Records. The record (which looked marginally different then to what it does now) would've been released on the label had the band not decided to move into independent territory, taking their material with them.

When Plain White T's landed a massive trans-Atlantic hit with 'Hey There Delilah', you'd have been forgiven for thinking they would become a huge success story.  Unfortunately for them, this has not been the case, and whilst they're certainly no one-hit wonder, it's fair to say their profile has since declined.  Now onto album seven, the release will be supported with a quartet of North American shows in April.

The title track that gives this record its name opens the album and it's difficult not to think that it could be a One Direction track. just not a very good one.  Up-tempo guitar pop, it fails to inspire in the slightest, so the arrival of 'Pause' is welcome. Using a tried and trusted "oh oh" hook, it's simple and does the required job so well they revisit it later on 'Dance Off-Time', a surprisingly pleasant turn toward folk. Much of the remainder of this release is rather ineffectual, but 'Stay' and 'Someday You're Gonna Love Me' stand out for the wrong reasons. The former is light soul in which they bizarrely ask a girl who has done them wrong to love them, while the latter is downright creepy. Convincing yourself that someone you love will love you one day is just about acceptable, but not when the opening lines twice reference her to go be young and not understanding - it's like Gary Puckett & The Union all over again. With this being the strongest impression made, it is safe to say that Plain White T's are unlikely to be back in the limelight any time soon. The terrible record sleeve also doesn't do this album any favours.

Plain White T's are set to return with a brand new album entitled 'American Nights', featuring upbeat first single 'Pause'. It marks their first independent release for fourteen years, and judging by the new song, they're all the better for it.

They're still best known for their Grammy nominated, multi-Platinum number one single 'Hey There Delilah' from 2006, but that doesn't mean that Plain WhiteT's is a band with little to offer. Far from the guitar based indie melodies of previous years, 'American Nights' sees them at their most pop, with 'Pause' offering lively vocal melodies, driving synths and a much gentler guitar feel, while still giving a kick with an energetic rhythm. In other words, if 'Pause' is anything to go buy, 'American Nights' will be chock full of summery anthems.

By Nima Baniamer in Music Reviews on 12 October 2010

Bursting from Illinois back in 2006, Plain White T's were able to garner a huge cult following after their huge hit single Hey There Delilah. Now, attempting to prove that they aren't a one hit wonder, the boys are back with Wonders of the Younger. Whilst, technically, this is actually their 6th album, it's the second time they have hit our shores. Establishing a more gentle and experimental record than their previous offerings, this is a radical new sound for the band. 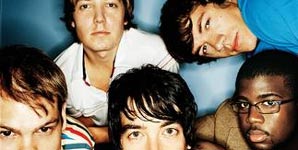 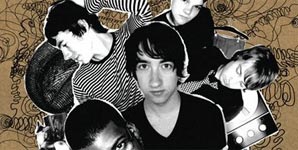 Hot on the heels of their recent Number 2 single 'Hey There Delilah' is this record from Illinois' Plain White T's. The quintet's forth album, it is only recently that they made a mainstream breakthrough in their homeland, which in turn has led to interest on this side of the Atlantic, escalated by a recent appearance on the Lock Up Stage at the Carling Festival.

'Every Second Counts' is opened by the aforementioned hit in subdued fashion with a gentle acoustic track that has proved to be a great sing-a-long track. It isn't representational of the band's style, which is perhaps best described as a crossbreed of punk-pop and that dreaded tag of emo. 'Come Back To Me' is just one example of this, mixing gentle guitar melodies with power chords and vocals from Tom Higgenson that aren't unlike those of Fall Out Boy's Patrick Stump. Those who enjoy it will be glad to know there's plenty more in the shape of 'Gimme A Chance', 'So Damn Clever' and the all out pop of 'Figure It Out'. The latter of these has a slight Latino flavour and a rolling chorus very similar to that of The Strokes' 'Hard To Explain'. The formula does get repetitive quickly though and tracks like 'You And Me' and 'Friends Don't Let Friends Dial Drunk' are nothing more than filler.

Surprisingly for a group that injects most of their songs with a decent amount of energy, it is the dreaded power ballads that are the better offerings to be found here. 'Take You There' ends the record is sweet, but dwarfed by the grand 'Making A Memory'. With a twist of blues, it has a chorus that will get glow sticks (lighters are so last year) being waved from side to side and mobile phones transmitting to friends not in attendance. Like the rest of the record it won't turn your musical world on its head, but it is a moment of quality on a collection that often blends together. Far from making every second count, it is hard to see the Plain White T's being much more than a flavour of the month, though they won't disappear into complete obscurity either.