By Andy Peterson in Music Reviews on 12 February 2015

It always sounds a little odd applying the term veteran to anyone who came up through the stentorian, often misunderstood techno movement, but along with luminaries such as Carl Craig, Kevin Saunderson and Brits such as Dave Clarke, Richie Hawtin's quarter century plus in the field means he's probably earned the sobriquet. 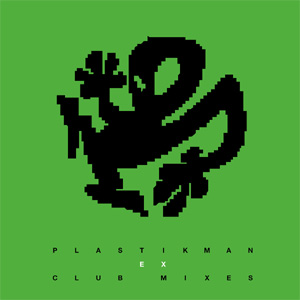 Now mostly a big room DJ, his Plastikman identity had lain fallow for more than a decade (other than on a sprawling, multi-disc retrospective, 'Arkives', released in 2010) until 'Ex', last year's "Live" album, on which the English born Canadian presented a batch of new material created during a cramped period of activity whilst preparing for the performance in New York's Guggenheim museum of art. We say new, but 'Ex' revealed itself instead to be a reprise of the ghostly minimalism for which his old friend had become known by the time of his last outing, 2003's 'Closer'.Opinions varied at the time as to whether this was necessarily a good or interesting thing, but regardless, this four track EP gives a quartet of producers the opportunity to reincarnate the originals in some kind of refracted light. Starting at the end, Dubfire's thirteen minute hyper extension of 'EXposed' is one as you might expect for the purists, evolved from its subtler root into something more cosmic, its broad vista spiced with full on acid dimensions, robotic hand claps and metronomic hi-hats from Betelgeuse. By contrast Dixon's tricking on 'EXhale' is far less expansive but much more atmospheric, notable for its use of melody and underscored with peaks of dark romance.

It's easy to say that as 'EX' was essentially made up of the very basest of musical elements, that embroidering them like courses of bricks would surely be a straightforward task. Of those chosen to do so here, Lorenz Brunner - AKA Recondite - leaves the most to the imagination on his take of 'EXplore', the only real noises in the foreground a bizarre, occasional set of pips that feel like they're invading from another track. If Brunner's zeal remains firmly corked, the final quart is a more orthodox, almost-house influenced versioning of 'EXpand' from duo Tale of Us, part introspection, part odyssey, at the conclusion it returns its beats to the chittering, lonely play of solitude.

By Andy Peterson in Music Reviews on 08 December 2010

Richie Hawtin is one of those iconic figures in electronic music culture/folklore who inspires almost religious devotion, having been one of the pioneers of the second wave of Detroit techno at the beginning of the 1990's. Born in Oxfordshire but relocating with his parents to Windsor, Ontario in the late seventies, Hawtin was introduced to the likes of Tangerine Dream and Kraftwerk by his boffin father and subsequently went on to co-found the much venerated Plus 8 label, recording solo as F.U.S.E and latterly, Plastikman. 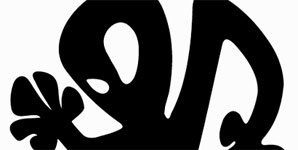