For the uninitiated, Pnau are Australian duo Peter Mayes and Nick Littlemore, and Soft Universe is their fourth outing since their d'but Sambanova, was released in 2000. They may well have passed you by, although an eponymous third release gathered plenty of acclaim but little by way of sales outside their home county a few years ago. The name Littlemore may ring more than a few bells though, not probably because of his involvement in Teenager, the band he shared a berth with Pip "Ladyhawke" Brown in, but probably because of his involvement as one half of Empire of The Sun. 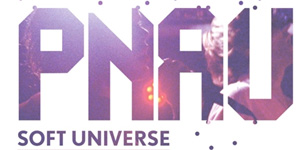 Ah. That Empire of The Sun. Creators of Walking On A Dream, an album that split the musical differences between the likes of Prince, Let's Dance era Bowie and Air before they disappeared without a trace after Littlemore's collaborator Luke Steele took the franchise out on tour in 2009 on his Jack Jones.

Littlemore's absence from that extravagant showcase was explained frivolously by a lost mobile phone, but owed much more to both PNAU's new found celebridee fan Elton John, along with a two year gig as sound director over here for Mr. L at Cirque Du Soleil. Steele has remained relatively phlegmatic about his mate's inability to buy a pay and go SIM, and just as news began to filter through that a new EOTS "Project" had commenced, along comes PNAU's new thing, complete with Elt's thumbs up.

On paper then worth anticipating. The problem however is that it's duller than a week's worth of repeats of Question Time. One of Pnau's former strengths was an ability to stay vaguely off dance music's beaten track, a song writing direction which, prior to Soft Universe anyway, had always made them mildly diverting. Now buffed up to a shine specifically for you assume the US and European markets, any spark of the duo's former leftfield brio has been submerged in airbrushed, mono-thematic humdrum.

Littlmore himself would almost certainly disagree, claiming that in fact it catalogues his post breakup emotions following the end of a relationship, but the results hardly speak to those kind of emotional bluffs and chasms. Instead we get nice polite high street multiples synth pop, the likes of Solid Ground and The Truth so antiseptic that they make Cut Copy sound like Crystal Castles.

There's nothing wrong of course with bright eyed and bushy tailed mainstream cheesiness - god knows we're all still waiting impatiently for the return of Little Boots - but Soft Universe feels almost exactly the opposite of EOTS, most obviously lacking the Roxy-for-the-noughties arty glam that made that project so compelling. There are sporadic signs of a pulse - Epic Fail marches bombastically, whilst the auto bells and glossy chorus of Unite Us could well make Pnau "Big" in Belgium or Switzerland this summer. The question that remains unanswered though is how the artist that lit up all the best moments of Groove Armada's career redefining release Black Light could a few months later put his name to the pasty wimp-ery of Twist of Fate.

Perhaps there is a Aussie tongue being stuck in cheek here - you have to hope so - as the closer Waiting For You is by way of difference a strings dappled piece of Vegas lounge lizardry, but if this is a joke, it could still do with a better punchline. Unless it says "Empire of The Sun" on the front of it, it's probably best to give anything Mr.Littlemore works on a wide berth for now. 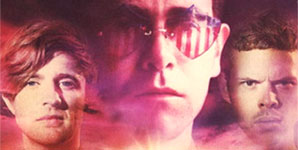 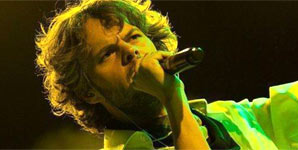