By Jordan Dowling in Music Reviews on 25 March 2013

Most reviews submitted for Port St Willow's debut full-length "Holiday" since its original release midway through 2012 have focused on its resemblance to the grandiose indie-rock of The Antlers, with whom Port St Willow's singer/songwriter/instigator Nicholas Principe has collaborated in the past. This review will be no different, however such is the strength of the similarities between the two projects that ignoring them is detrimental. 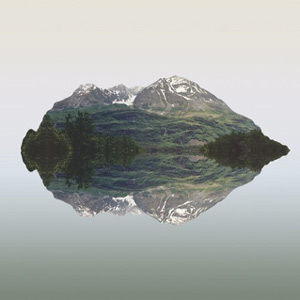 In reference to this specific release by Downtown Records, quite why an album is being released through "Digital outlets in the UK" after being available for free online for nearly a year is anyone's guess, but Holiday is certainly an album that deserves to be heard whether inside or outside of the context of the sprawling work of Peter Silberman's Antlers project. Like The Antlers' stunning debut "Hospice" it is a meticulously crafted work composed for a single listen that repeats motifs and tropes throughout without ever becoming repetitive.

It is more distant than "Hospice", carrying little of the overbearing emotional weight that it was wrought with but carrying with it a mysterious charm. Many of the falsettos that ring out across the 12 tracks of Holiday are obscured with reverb, leaving the lyrical content as less of a focal point yet not completely obscured. They are at their clearest on the album's highlight 'Amawalk', mirroring the retreating triumphalism of the instrumentation; a repetition of "I Will Be Set Free" giving way to a chorus channelling the billowing assonance of early My Morning Jacket. Again, like "Hospice" it appears in the context of a failing/failed relationship, but there is less reliance on stretched metaphors.