Portugal The Man - In The Mountain In The Cloud Album Review

Perhaps it's by design, but on first inspection the opening bars of Portugal, The Man's new album already sound faintly familiar. They bring to mind the quirky side of Mercury Rev, which can be no bad thing for the major label debut of this Portland band. In The Mountain In The Cloud is actually their sixth record in just six years, but it's seemingly also their most cohesive effort with a collection of concise four-minute pop songs hiding under a psychedelic veneer. 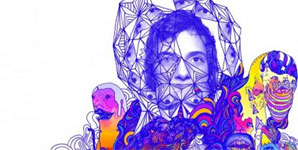 The feel good orchestration of opener 'So American' throws everything but the kitchen sink at you. A variety of guitars and synths provide the backing for a track that's littered with strings, steel drums and handclaps. A less experienced band would have struggled to make all of these elements sit harmoniously within the ensuing three and a half minutes. However it works well and this magpie nature is one that runs through all 11 tracks here. Meanwhile John Gourley is intent on using his vocals to make the song more than a throw away sing along. His falsetto delivery ranges from discussing religion to politics creating an understated and slightly abstract protest song. At its heart is a cynicism that questions what it means to be American and declares "There's a madness in us all".

Lyrically Gourley tackles some other 'big issues' such a death ('Floating (Time Isn't Working My Side)'), but he stops short of the songs buckling under the weight of his social commentary. Instead vocal effects and repeated catchy choruses add a charm to the material. The surreal imagery he conjures up in songs like 'Everything You See (Kids Count Hallelujahs)' ("We're seven miles high, climbing up laser beams that light the electric seas".) also helps to connect his contributions to the more dreamlike qualities of the music behind him.

Ultimately the eclectic instruments and catchy hooks are the most memorable aspects of In The Mountain In The Cloud. The fuzzy and ominous opening of 'Senseless' morphs into a piano led stomp that concludes with a chorus of voices ascending into the ether. Elsewhere Gourley's falsetto brings the material remarkably close to Scissor Sisters or MGMT territory (the opening of 'All Your Light (Times Like These)' is a prime example), but again it's this faint familiarity that works to the album's advantage.

It's also worth making it through to final track 'Sleep Forever' which plays like a quiet ballad at first and explodes into the most joyous sounding suicide note that you'll ever hear. In The Mountain In The Cloud is a strangely compelling album full of musical delights. Its meanderings into the bands more favoured psychedelic territory certainly won't be to everyone's taste. However the move to a major label seems to have been a good one for Portugal, The Man allowing them to make their most focussed record to date. While their live shows are known for their prolonged jams and radically reworked material, it's refreshing to hear the band creating concise and quirky pop songs in the studio. 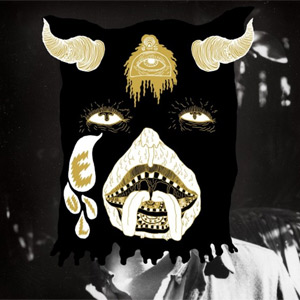 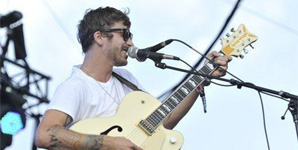