Post War Years release their second album 'Galapagos', an album crammed with unusual and somewhat aloof song titles. The tracklist includes 'Growl', 'Volcano' and 'God'. The names aid the band's sort-of concept album title about the volcanic islands in the Pacific Ocean - the band have obviously been marvelling in too much David Attenborough. Ultimately, the record screams escapism, linking back to the four-piece's difficult early days as a band moving down to London. But it also has this natural element about this intriguing place, but this could be exaggerated more to give the album a complete sense of Galapagos' spirit. This only really comes in the latter part. Using an 'exotic' place as an album title, Post War Years, who have recently toured with Mumford and Sons, are following the lead of artists like Friendly Fires. 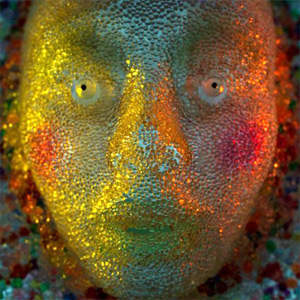 'The Bell', also the title track of Post War Years' November EP, is the pinnacle. With 80s inspired beats and excited synths, the track springs to life as a dance floor number. If only a few more tracks danced along to its same tune, the rest of the album would have felt a lot more carefree. 'Glasshouse' attempts to do so but even with whirling synths and words about washing hands of love, it just doesn't have the same snappy nature. "Every time you turn your head love will betray you" stands an intense lyric in the theatrical 'Mellotron' while 'Growl' provides a fluid rhythm, which has its comparisons to Foals and The Maccabees.

Opener 'All Eyes' introduces 'Galapagos' with dizzy experimental drums and screechy accompaniments with a murmured, "You're a cigarette burning" pulling you into the heart of the track. With its gripping canvas of sounds, it would suit to feature on a dramatic episode of 'Made In Chelsea' to kick in after a massive revelation.

Post War Years are supporting Mumford & Sons on their December tour, which is a strange match-up. It's far from clear how fans of the latter will respond to Post War Years' subtle, attention-demanding electronic pop, or how well that sound will translate to large venues. The Bell is not an especially immediate or brash EP; there are no killer choruses, and nothing that could serve as the basis for a communal singsong. Still, it's an interesting and mostly accomplished release, and that might be enough to help the band win over a large audience. 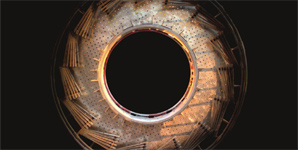 This is clearly a group who are interested in texture and atmosphere. The four tracks which together comprise the EP unspool slowly and carefully, not a note out of place. When the band are trying to write a killer pop song - as is the case with the title track - this is something of a problem. There's too much precision, and not enough exuberance, with the competent but uncharismatic vocals not helping matters. When they're aiming for a more contemplative mood, as on 'Pigeon', things improve. Synths creep and creak; space opens up between beats; vocalist Henry Rigg, no longer obliged to play the role of rabble-rouser, is a note-perfect cog in the machine. The song draws you, inch by inch, into the band's sonic world.

The two remaining tracks, 'Boing' and 'Ghost', are competent mid-tempo indie-dance numbers. Initially restrained and precise, they both build a little momentum as they progress. Neither track is revelatory, but there's something impressive about the precision with which they have been constructed, the subtle forward motion, the little electronic squiggles and flourishes.

All Eyes is the new single from Post War Years and is due to be released on December 5th through Labour of Love. Their as yet untitled second album is due for release in 2012. The Leamington Spa four piece will be headlining a three date tour in December 2011.

Post War Years, The Greats and the Happenings Album Review

Review of Post War Years album The Greats and The Happenings 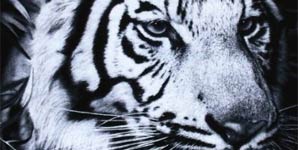 Whole World On Its Head video from Post War Years.