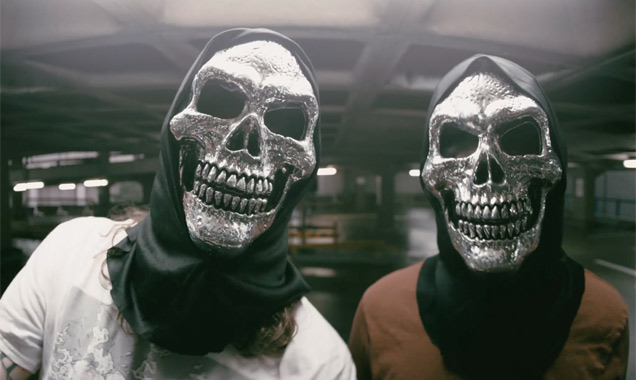 Following the news of signing to the esteemed label, Infectious Music, Brisbane's DZ Deathrays are proud to reveal the official video to current single, the bravado infused - Reflective Skull, along with a slew of festivals this summer and UK dates with Band of Skulls later on in the year.

Due out on June 9 via Infectious Music 'Reflective Skull' is the latest track to be taken from the bands forthcoming album, Black Rat, and continues to disclose the duos evolving progression.

Starting with drums that could have sprung from a South London ghetto blaster, 'Reflective Skull' quickly launches into a gut wrenching riff, cathartic half-howls and a rhythm section that both spirals and swaggers - all capped off in just 210 short seconds.

In contrast the video, as described by the band "is a throwback to our childhood where the simpler things like the jumper pumper could keep you in stitches for hours. The jumper pumper is a dance move where you put one arm through both sleeves of your jumper and then the other is used to thrust through the middle creating a massively awkward but magnificent and hilarious maneuver that we want to see on dance floors worldwide."