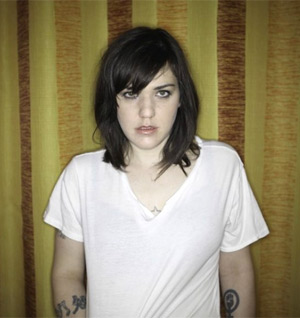 As Emily Wells prepares to release her album 'Mama' out on June 3rd through Partisan, we are pleased to confirm her first ever UK live date at Water Rats in London on June 4th. Emily will also be supporting Kurt Vile on his tour for three dates across Europe.

After appearing alongside Clint Mansell and Philip Glass on the soundtrack for Park Chan-Wook's recent psychological thriller Stoker, the incredibly talented Emily Wells recently unveiled her upcoming single Darlin'. The song starts off upbeat with a lightness in the layers, masking a more sombre undertone and lyrics intense with vulnerability. It's set for release on May 27th.

Darlin' gives a beautiful glimpse of what to expect from forthcoming album 'Mama', which combines subtle hip-hop inflections and wide-ranging sounds with Emily's distinctive feline vocals, creating a record that is simultaneously light & delicate with a bold punch of personality.

Contrasting with the heavy layering and electronics of the original, the European version of 'Mama' sees Wells re-imagining the entire record acoustically for a second disc and mirror version. These fresh renditions of an already unique record are stunningly austere, recorded solely with voice and guitar. Emily Wells has stripped off her own armour, leaving only her crystalline voice and equally unambiguous songwriting on display.

From the start of her career, Wells' musical interests were simply too wide ranging for just one instrument. Trained as a classical violinist, the Texan soon created her own sonic "spaceship," an ever-growing pulsating arsenal of synthesizers, effects pedals and toy instruments, all tied together with live sampling. This is a musician whose live show is diverse, distinctive, and utterly her own - a performance not to be missed.