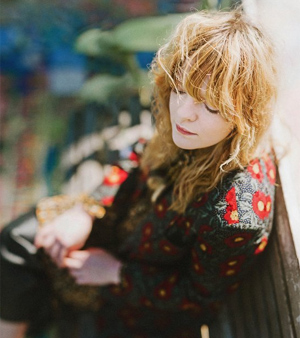 The first leg of her upcoming tour kicks off in May, where she will provide main support for Father John Misty. She will play two shows with Grouper before hitting the road with Julia Holter in July and White Fence in August. Full list of tour dates below.

"To say that Jessica Pratt is an old soul would be a vast understatement," says Jenn Pelly of Pitchfork. "The young San Francisco singer/songwriter's deeply intimate folk sounds so sincerely cast in from the 1960s that it's hard to believe she didn't release a proper LP during that period of time." Pratt's spooky and seductive self-titled debut is the inaugural release on Tim (White Fence) Presley's new imprint, Birth Records. "I never wanted to start a label," Presley says, "but there is something about her voice I couldn't let go of."

Pratt's debut release includes recordings from over the last five years, and steady advances in sophistication of recording and melody are evident throughout. To the artist, the record is a time-lapse document of discovery, both musical and personal. But in strangers' hands, Pratt's debut is another kind of discovery altogether. A fully-formed emerald artifact dug up cobwebby and cold but no less green for its time spent buried. Sun-bleached and sounding a thousand years old, Pratt's debut is arrestingly brand dazzling new, and watch how the lights in your living room go soft and yellow when you put it on.

Pratt, who is planning to tour in March with Presley's White Fence, has garnered praise in the Bay Area supporting acts such as Bart Davenport, Colossal Yes, Tim Cohen and Dominant Legs.