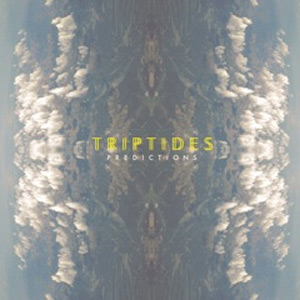 Triptides have announced details of their new album. Predictions will be released on Stroll On Records on Monday 4th November.

Channeling the spirit of the beach from radio waves echoing throughout space, Triptides blend a classic guitar band sound with a modern attitude.  What started out as the bedroom project of Glenn Brigman (guitar/vocals) and Josh Menashe (guitar/vocals) in late 2010, quickly took root and morphed into something more dynamic than either had anticipated. After picking up Josh Morrow (drums) and traversing the West Coast as a three piece, Dylan Sizemore (bass) came in to the equation, rounding out the lineup and allowing the band to recreate and expand their sound.

This 12-track album is the follow up to their acclaimed album, 'Sun Pavilion'. The Indiana four-piece return with their sophomore release for Stroll On Records, this time taking production quality to a whole other level, and bringing in legendary sound genius Bill Inglot to master the record. Recorded in the band's own Sun Pavilion studios which chief Triptides songwriter Glenn Brigman, built himself in his bedroom, this record shows a more mature band.

The snappy surf pop of the band's previous album has been replaced by tales of heartache alloyed to upbeat, exhilarating guitar pop ala The Byrds and their venerated lineage (think Teenage Fanclub, The dB's, Allah-Las, Temples).

The track listing of the album is as follows: