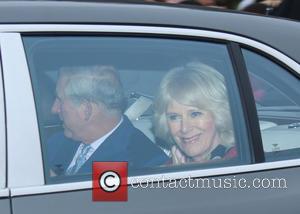 Picture: Prince Charles; Camilla; Duchess of Cornwall Members of the royal family arrive at Buckingham Palace for the royal household Christmas party. It is the first...

British royal Charles, Prince Of Wales stunned commuters in London by taking a ride on the city's Underground on Wednesday (30Jan13).

The heir to the throne shunned his luxury Rolls-Royce and marked the 150th anniversary of 'the Tube' - the world's oldest subway system.

He was joined by his wife Camilla for the trip on the Metropolitan line from Farringdon station to King's Cross in the British capital.

The couple was given their own carriage.

Charles last ventured on the underground in 1986, when he and his then-wife Princess Diana took the tube to Heathrow Airport to launch a new terminal.